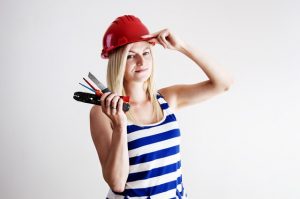 If we are to believe what we’re told, Australia’s apprenticeship system is in an emergency state, with plunging numbers after cuts in government assistance. In last year’s national election campaign, Bill Shorten maintained the number of individuals in training for an apprenticeship has been today at its lowest level since 2001.

Spending cuts from the Abbott-Turnbull authorities had seen apprentice numbers fall by over 120,000 due to the 2013 election, making it hard to find a tradie. In May this year, Karen Andrews, Assistant Minister for Vocational Education and Skills at the Turnbull authorities, said the aim of a new government finance was to revive the amount [of apprenticeships] into 2012 amounts, when Labor’s lack of employer incentives led to a huge decrease.

Earlier this season, a joint statement by the three largest business lobby groups maintained that apprenticeships had decreased by 45 percent since June 2012 and advocated that the Turnbull authorities to take urgent action to prevent an impending crisis within our apprenticeship system.

Not to be outdone, the ACTU maintained in the past year’s election effort that that the Coalition had ripped funds from apprenticeship applications, leading to a devastating drop in the amount of apprentices studying their trade.

When you recall the almighty hash that national and state governments of both colors have made of the attempts to smarten up TAFE schools by creating vocational education and education contestable by for-profit training suppliers, it is not hard to feel that, between these, the former Labour and current Coalition federal authorities have filled up apprenticeships.

Luckily, however, you don’t have to think it. It is not correct. For their own reasons, the folks I have quoted – Labor and Liberal, unions and employers – are trying to fool us about the condition of the apprenticeship system.

This is clear by a report printed this week from the highly recognized higher education specialist Professor Peter Noonan, also Sarah Pilcher, of the Mitchell Institute in Victoria University.

Allow me to ask: what do you understand the term “apprenticeship” to imply? Can you choose it to imply that the system that’s existed for decades in which young men and women work in trades like carpentry, general plumbing and hot water service repairs, electric, industrial cooking and hairdressing, and tackle about four years of training before getting qualified tradespeople?

Now do this: perhaps you have heard of the “traineeships” that the Hawke government devised in 1985 to decrease youth unemployment by giving training and job opportunities for young men and women in service industry jobs not covered by conventional apprenticeships? They generally last for just a year or so, and are common in both retail and hospitality, admin, childcare and aged care.

Get this: if all those folks I quoted talked of this “apprenticeship system”, what they’re really referring to was these short term traineeships.

There has been a massive drop in the amount of traineeships since 2012 because the Gillard government decided to crack down on enormous rorting by companies and training providers of modifications in the traineeship system produced from the Howard government. There has been a small fall in the number of conventional apprenticeships since 2012, but that is despite the lack of any change at the complete financing of traditional apprenticeships.

Nobody would know the difference between apprenticeships and traineeships much better that Shorten, the ministry responsible, the company groups and the ACTU. None of these would fail to realise that the general public worries a lot more about trade apprenticeships for home extension builders and commercial contractors in Melbourne than about short-term support industry traineeships in Australia. When they chose to portray a crackdown on company rorting of traineeships as a catastrophe from the apprenticeship system, they knew full well they had been deceiving us.

However, how did they believe they could eliminate such deceit? That no Peter Noonan will blow the whistle on these? Here is the bit you will have difficulty thinking. It seems like it is right out of a Utopia. They believed they would get away with it because, some years back, some genius in the national government made the decision to bring the traineeship numbers into the apprenticeship figures and call all of them apprenticeships.

You know, add oranges to apples and call all of them apples – like getting second storey house extensions and calling two floors the one. Good one. So much has that bureaucratic obfuscation gone, that real figures for apprenticeships and traineeships have vanished. You can, however, split the so-called apprenticeships between commerce apprenticeships (the actual ones) and non-trade “apprenticeships” (really traineeships).

The number of traineeships has long been a lot higher than the amount of apprenticeships, which have a tendency to change with the strength of this market. Nevertheless, commencements have grown in certain classes: carpenters, electricians and technicians, with a majority hoping to become electrical contractors. However, the number of traineeship commencements ballooned after 1998, when the Howard authorities took a strategy aimed at encouraging companies to engage more young men and women, and forced subsidies offered for coaching of present workers, of any era.

The report states registered training organisations, apprenticeship centers and agents “vigorously marketed” those existing-worker traineeships for emergency plumbers for gas repair, backyard landscaping contractors, general electricians and the like. It found that a business model emerged where companies would discuss the incentives with registered training organisations, who subsequently delivered coaching, also often of questionable quality and duration.

From 2012, the summit ahead of the Gillard administration’s limitations took effect, 44 percent of all traineeship commencements were for existing employees. Approximately 18 percent of all “trainers” were aged 45 or older. The Howard government also decided in 1998 to make company incentives accessible for part time traineeships and apprenticeships.

The report states that this choice also created a marketplace in Commonwealth company subsidies, by which companies could change their part time and casual childhood workforces (such as full-time faculty and college students) into part time traineeships. This had a double benefit for companies – they could pay trainees the national training wage (under the appropriate award) while also asserting company subsidies, with coaching supplied entirely at work. Major retail companies and franchises, particularly from the fast food businesses, took complete advantage of those incentives. Now why is it that easy to believe?

How A.I will change E-Commerce and then the World

A.I is all around us, from browsing on Google to exactly what news you see on social networks to utilizing...